The meteorological origin of heat waves influences their impact on health

You are here:
Interesting articles on environmental healthNewsTopical Subject 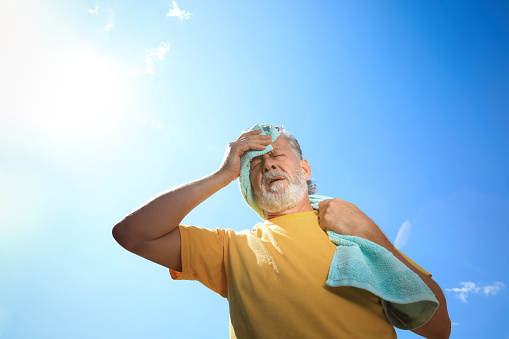 The authors of this study analyse how the different meteorological events leading to heat waves in Madrid have a different impact on both daily hospital emergency admissions and mortality reported in the Community of Madrid during 2013-2019 depending on their meteorological origin.

What synoptic-scale meteorological conditions lead to heat waves in Madrid?

Synoptic-scale meteorological conditions present during heat waves in Spain usually respond to two different patterns (Serrano-Notivoli et al., 2022). Most cases involve a strong stagnation condition produced by the Azores anticyclone in the absence of wind and with high insolation levels. This situation can generate by itself a heat wave, which can be amplified by the advection of very warm and dry air from North Africa, along with particulate matter from the Sahara. These heat waves are usually more intense and longer than those resulting solely from anticyclonic stagnation conditions.

What was the frequency of both weather conditions and the intensity of heat waves along the observed period?

The definition of a heat wave used by the Spanish Ministry of Health for Madrid is a daily maximum temperature over 34 ºC (Ministry of Health, 2022). Considering this definition, during the analysed period there were 144 days of heat waves linked to Saharan dust advection and distributed in 39 waves, and 88 days distributed across 33 heat waves with anticyclonic stagnation conditions. The mean intensity (number of ºC of maximum temperature in excess of 34 ºC) of heat waves with Saharan dust advection was 2.2 ºC and lasted a mean of 3.7 days. The maximum duration in this case was 15 days. Concerning heat waves resulting from anticyclonic blockade, the mean intensity was 1.6 ºC, the mean duration was 2.7 days and the maximum duration was 7 days. In other words, our data confirm that heat waves of Saharan origin are more intense and last longer.

How do these conditions affect daily mortality according to their origin?

For heat waves of Saharan origin, each heat wave day increases mortality levels in Madrid in 3.9 (1.1 6.6) people; that means, a five-day heat wave would be associated with an increase of almost 20 deaths attributable to temperature. On the contrary, would that heat wave be originated from anticyclonic blockade conditions, the average increase in mortality would be 4.9 deaths/day (1.9 7.9). In other words, that same five-day heatwave would be attributed a mortality of almost 25 deaths/day.

Furthermore, analyses of cause-specific daily mortality reveal that air pollution plays an important role in mortality due to circulatory and respiratory causes. In the case of Saharan dust intrusions, PM10 concentrations are associated with 3 deaths/day due to circulatory causes, twice the value for temperature (1.5 deaths/day). For respiratory causes, ozone is the pollutant attributable to an average value of 2 deaths per heatwave day, which is twice the temperature-related mortality value. On days with a heat wave resulting from anticyclonic blockage, tropospheric ozone is the pollutant linked to daily mortality due to both causes. As for respiratory causes, temperature is not associated with deaths, but ozone is. These results are consistent with the important role played by PM10 in daily mortality regarding Saharan dust intrusions (Díaz et al., 2017) and ozone formation under blocking anticyclonic conditions (Díaz et al., 2018).

How do they affect daily hospital admissions?

What could be the cause of this behaviour?

It may seem paradoxical that, although heat waves of Saharan origin are more intense and last longer, the associated temperature effect on morbidity and mortality is lower than that in heat waves resulting from anticyclonic blockade. An explanation for this fact could be that heat waves originating from anticyclonic blocking conditions tend to be the first to occur every year. Furthermore, many heat waves start with anticyclonic blockade and are later amplified by Saharan dust advection. This is particularly relevant from a health point of view since heat waves that occur earlier in the year have a greater effect on morbidity and mortality due to the greater number of people susceptible to heat (Díaz et al., 2002). Same effect occurs at the beginning of each heat wave, which is higher at the beginning and decreases on subsequent days due to the same above-mentioned “mowing effect”.

What conclusions can we draw?

The first conclusion is that not all heat waves have the same impact on health and not all should be considered equally; hence, the meteorological origin of each heat wave should be taken into account when optimising prevention plans for high temperatures. The second conclusion is that the impact of a heat wave on health is not only due to temperature; sometimes pollution plays an even greater role than temperature. Therefore, there is a need to develop comprehensive prevention plans that integrate (Linares et al., 2020) all phenomena that simultaneously take place with heat waves (increase in air pollution, forest fires, droughts, water- and food-borne diseases, vector-borne infectious diseases) instead of focusing exclusively on temperature as it is currently the case.