You are here:
Featured newsNewsTopical Subject 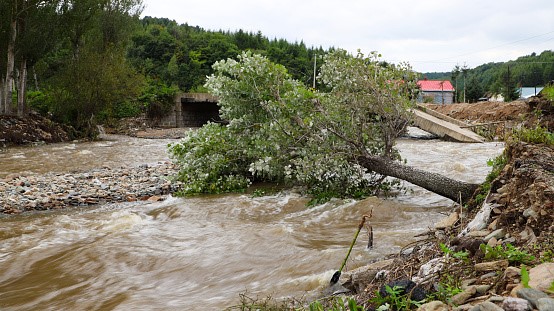 A recent study published by Nature Climate Change (1) found that 58% of infectious diseases confronted by humanity worldwide have been at some point aggravated by climatic hazards.

On the one hand, it is increasingly recognised that GHG emissions have consequences on a multitude of climatic hazards of the Earth’s system, such as warming, heatwaves, droughts, wildfires, extreme precipitation, floods, sea level rise, etc. On the other hand, there is a wide diversity of pathogens and types of transmission, such as vector-borne, airborne or direct contact diseases, that can be affected by those hazards.

The compilation of pathogenic diseases aggravated by climatic hazards represents 58% of all the infectious diseases that have impacted humankind worldwide.

Whilst numerous biological, ecological, environmental and social factors contribute to the emergence of a human disease, at the most basic level it depends on a pathogen and a person coming into contact, and the extent to which people´s resistance is diminished or the pathogen is strengthened by climatic hazards. On the other side, habitat disruptions caused by warming, drought, heatwaves, wildfires, storms, floods and cover change were also associated with bringing pathogens closer to people.